Locking Up Those Thoughts

“We demolish arguments and every pretension that sets itself up against the knowledge of God, and we take captive every thought to make it obedient to Christ.” 2 Corinthians 10:5 (NIV)

Taking our thoughts captive isn’t just dismissing them. Think of what it means to take something or someone captive. The definition of captive is “imprisoned or confined” SO think about this, if you were taking a thought captive would you just let it go? Would you just gently wave goodbye to it? NO, when you take a thought captive you imprison it, you confine it, you lock it up! You ask it where it came from and who sent it. You fight it with the word of God. Before I knew how to fight I would try in my own strength to rid myself of negative thoughts. I have now learned after taking it captive I say a verse that is the opposite of what I hear. For example, today during one of my lowest times I heard “Where is God now?” I took it captive and said, “God is for me and not against me, He works ALL things together for His good, He will never leave me or forsake me.”

Would you enter a battlefield without preparing? Would you walk into combat without your weapons? I used to try to battle my thoughts in my own strength, helpless without armor or weapons. I failed miserably every time. I now take time daily to prepare because I know that each day I enter a battlefield. I spend time with God and work on getting His words, His weapons in my mind so in times of battle He will bring them to me.

We are warriors. We are mighty. When we fight with God’s power, in His strength there is no battle that we cannot conquer. I am learning to embrace that there is nothing, absolutely nothing that He won’t be faithful to carry me through.

God, I thank you today that you are in control. I thank you that you have given me the ability to take every thought captive to you. My thoughts do not have to control me. By your power, I have been set free! Thank you for fighting for me! 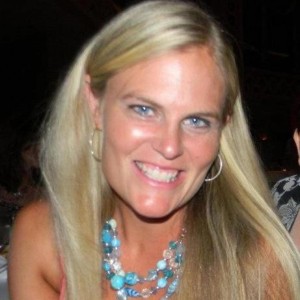 To Speak or Not to Speak

Let the Why Die

Some Days I Just Can’t